In spite of the fact that the commentary on the Settings/ConfigureOpenLP/Songs says;

"If enabled all text between '[' and ']' will be regarded as chords." This is not always true, as per examples attached.

It does however show correctly in the chords view and transposes as expected. If I remove the "Dim" (Diminished chord) and replace it with E7 then it is OK. Perhaps a function on edit to replace the word "Dim" with the Char 176 (&deg;) ° character as this is more in keeping with standard chord notation BUT I must point out that putting either of "&deg;" or "°" into the song text surrounded by "[" and "]" has the same result as indicated in the screenshot. The chord is exposed in the text on the main screen. 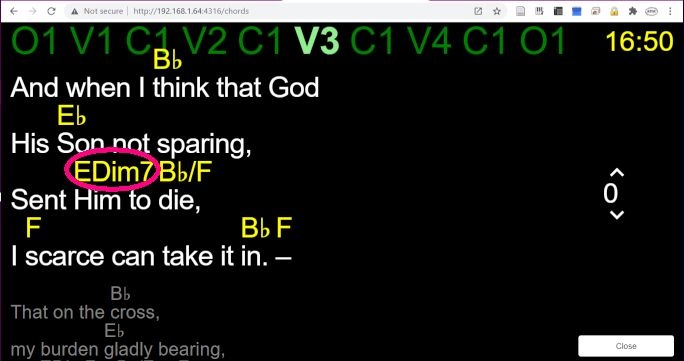